Caridon Foundation Eagles, an adult mental health football team in Croydon run by Palace for Life Foundation and set up by Caridon Foundation, have joined Crystal Palace players, Andros Townsend and Rea Laudat, to support the Duke of Cambridge’s Heads Up campaign in speaking out about mental health. The interview is due to air on BT Sport One on Saturday 8 February from 11.15am ahead of Palace’s Premier League fixture away at Everton.

Caridon Foundation, part of Caridon Group, is a not-for-profit organisation which offers housing related support to tenants that are deemed vulnerable within the community. They work with people who often have multiple social disadvantages, including those with mental health issues, to provide tenancy sustainment and support services. This includes avoiding eviction processes, improving money management, promoting independence and linking them into long term support, resulting in the tenant remaining in their property for longer and moving onto long term housing options.

Understanding the importance that physical wellbeing has on mental health, Caridon Foundation formed the Caridon Foundation Eagles. The football team, which has weekly coaching sessions run by Palace for Life, was set up to give tenants the opportunity to play football with likeminded people in a safe and friendly environment and become part of a strong support network.

On Tuesday 4th February, CF Eagles were given the opportunity to join Crystal Palace players, Andros Townsend and Rea Laudat, at Selhurst Park, to be involved in a Mental Health Awareness Session as part of the Duke of Cambridge’s Heads Up campaign.It encourages fans, players and managers to #kickoffaconversation around mental health, targeting males aged primarily 18-42 to raise awareness of mental wellbeing. Players were filmed discussing their own experiences with mental health.

Townsend discussed his own former struggles with a gambling addiction and how it had made him realise the importance of opening up. One of the Eagles players, Smooth, suffered from depression following a period of homelessness. Like Townsend, he has found solace in football and is now feeling far more positive about his future.

Mario Carrozzo, who set up Caridon Foundation, said: “For those struggling with mental health, often admitting it and asking for help is the hardest part, especially for those who feel like they have no one to turn to. Through sport, some of our tenants have found a support network and we’re seeing the positive impact it is having on their mental well-being. We hope by sharing their stories in this interview, others will be inspired to speak up and make a positive change to their lives.”

Watch the interview in full on BT Sport One on Saturday 8 February from 11.15am 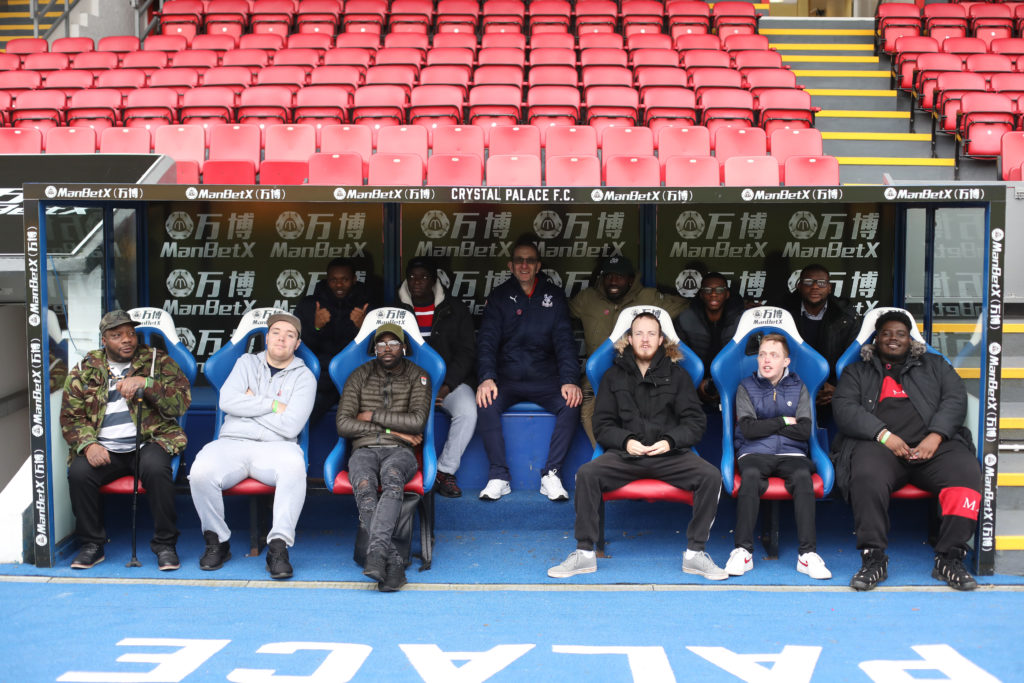